In this article, you will learn about Exception Handling in C++ and which handle run time error.

# 2. Functions/Methods can handle any exceptions they choose:

In C++, both basic types and objects can be thrown as exception. We can create a hierarchy of exception objects, group exceptions in namespaces or classes, categorize them according to types. 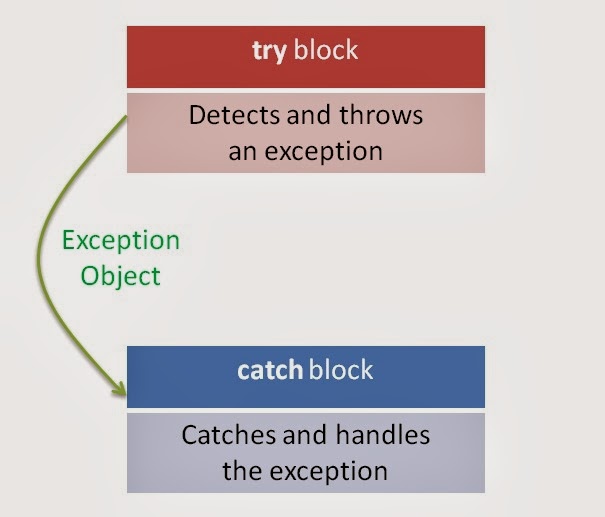 An exception is thrown in a particular catch block using throw keyword. It can throw object of different types , known as exception objects.

When try blocks is executed , whenever exceptions are found they are thrown through throw blocks and the program leaves the try block and enters into the catch blocks . If type of object thrown in try block match the argument type in the catch statement , the catch block are executed to handle those exception . If no match catch are found , then program is aborted with the help of abort() function which is invoked by default Catch Block

The catch block following the try block catches any exception. You can specify what type of exception you want to catch and this is determined by the exception declaration that appears in parentheses following the keyword catch.

If a catch block cannot handle the particular exception it has caught, you can rethrow the exception. The rethrow expression (throw without assignment_expression) causes the originally thrown object to be rethrown.