A line follower robot is a robot which follows a certain path controlled by a feed back mechanism.

The working of the robot is pretty simple: detect the black line on the surface and move along that line

we need sensors to detect the line. For line detection logic, we used two IR Sensors, which consists of IR LED and Photodiode. They are placed in a reflective way i.e. side – by – side so that whenever they come in to proximity of a reflective surface, the light emitted by IR LED will be detected by Photo diode. 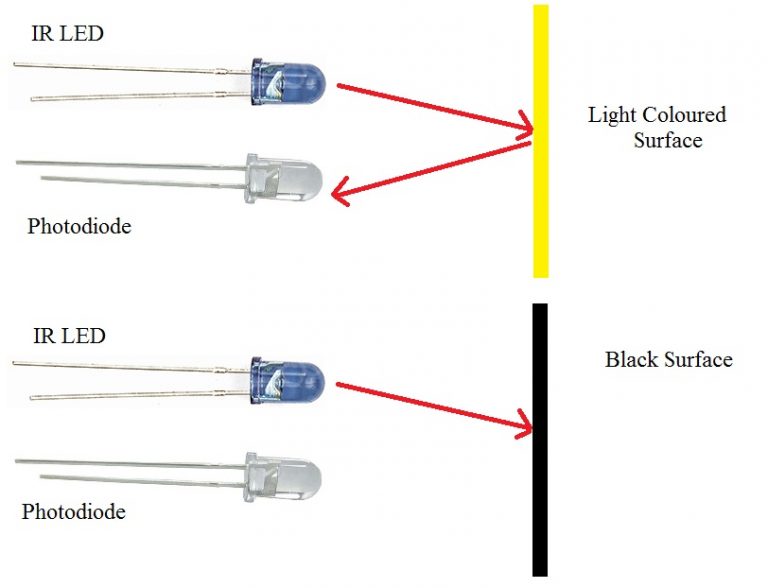 In case of black surface, which has a low reflectance, the light gets completely absorbed by the black surface and doesn’t reach the photodiode

Using the same principle, we will setup the IR Sensors on the Line Follower Robot such that the two IR Sensors are on the either side of the black line on the floor. The setup is shown below. 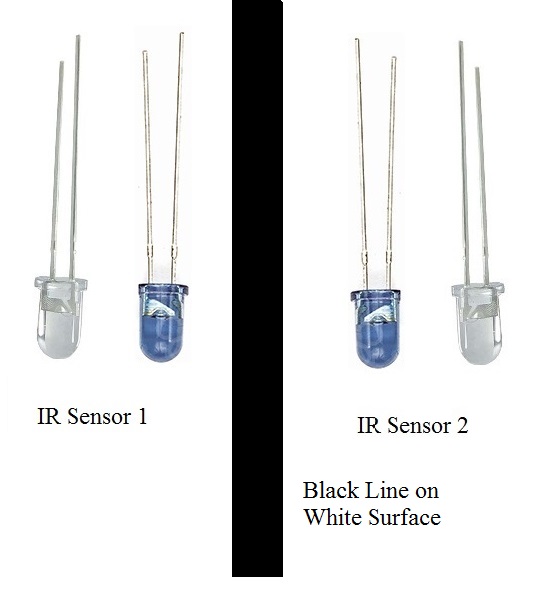 When the robot moves forward, both the sensors wait for the line to be detected. For example, if the IR Sensor 1 in the above image detects the black line, it means that there is a right curve (or turn) ahead.

Arduino UNO detects this change and sends signal to motor driver accordingly. In order to turn right, the motor on the right side of the robot is slowed down using PWM, while the motor on the left side is run at normal speed. 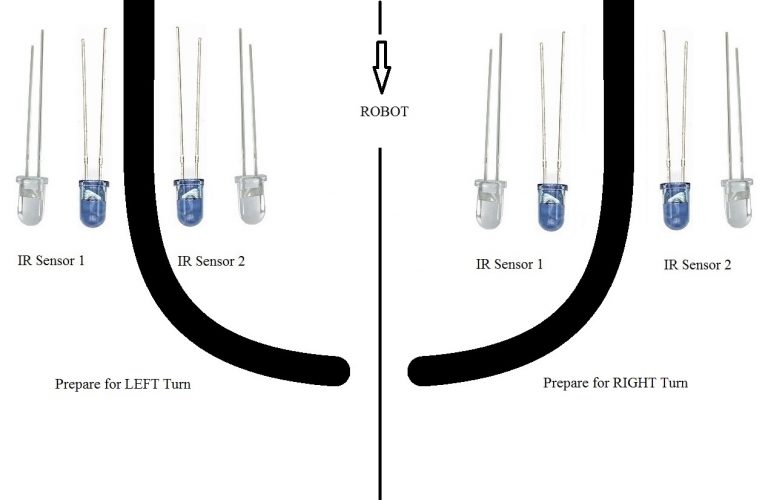 Robot continuously monitors the data from both the sensors and turns the robot as per the line detected by them.